User:Sanfazer/Why did the griffin cross the road?

From The Infosphere, the Futurama Wiki
< User:Sanfazer
Jump to: navigation, search 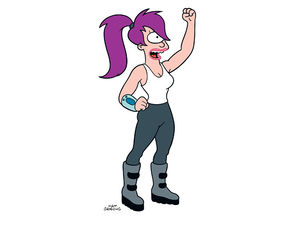 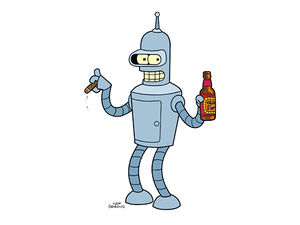 It was 10:30 and Dr Beeler had just finished watching the "Leela and the Genestalk" episode. He liked it so much that he decided to do some genetic experiments of his own. He put in his Bender's Game D.V.D. and merged Leela and Bender. The D.V.D. presented him with a drawing of every nerd's fantasy — Blender —, so he took a 60%-scale replica of Bender's D.N.A. sample (which he had labelled "Botriguez") and a 40%-scale replica of Leela's D.N.A. sample (which he had labelled "Leadbelly") and threw them in a liquidiser. He then ran the mixture through his chemical computer.

MATCH HAS BEEN FOUND
IT'S YOU! BENDER + LEELA = YOU!

This story is dedicated to Dr Beeler's ancestor Erwin Schrödinger, who if not for the failure of science would now be 132 years old. 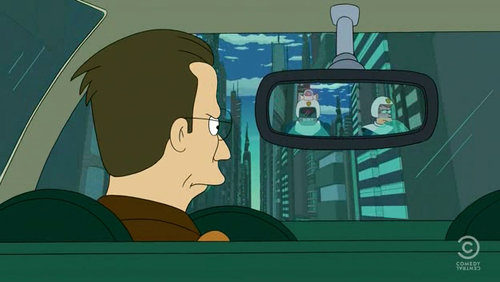 How many episodes does this page reference? Click the correct answer and win a free fing-longer.