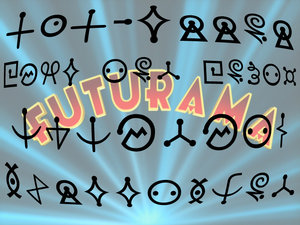 Spiro Agnew served briefly as the Vice President under Richard Nixon, although he resigned after being charged with tax evasion.

The headless body of Spiro Theodore Agnew appears briefly in the episode "Crimes of the Hot." He is given to Wormstrum as payment for the destruction of all the robots currently partying on the Galapagos Islands. His behavior mostly mimics that of the Frankenstein monster, although it could be less specific than that.

The only sound we hear him make is growling which is odd for two reasons. First, he is headless. Second, even if his vocal chords were still inside of his neck, it is covered with a metal plate.

We have yet to see Agnew's head, although we likely never will. Spiro is much less of a cultural icon than Nixon, and the majority Futurama's audience would not know who he is.