Difference between revisions of "NASA"

The National Aeronautics and Space Administration (NASA), was the United States government agency founded on 29 July, 1958. It was responsible for the original 20th century landings on the Moon in 1969. Whether it still exists in the 31st century is not known. 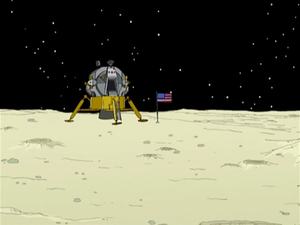 The Apollo 11 once owned by the NASA