Difference between revisions of "President McNeal" 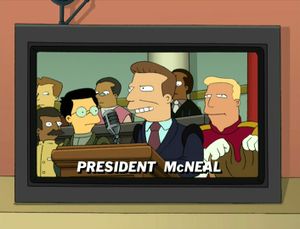 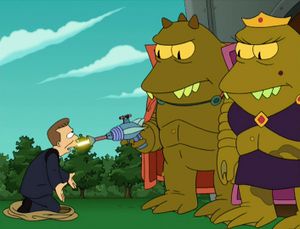 President of Earth in 3000, until the Omicronians, enraged over missing the end of the thousand-year-old TV program Single Female Lawyer, come to Earth and kill him because he was mixed up with Jenny McNeal. His assassination leads the way to the election of Richard Nixon's head (2ACV07).