Difference between revisions of "User:Buddy13" 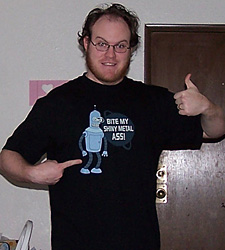 I got a new shirt! Hooray!

A Futurama fan from the very first episode, he scoured the web for resources and found scant offerings: Usually pages that over-specialized or had huge gaps in their info. So he set out to create a website that could compile all known information into a single respository of Futurama facts (wow, that does sound like the infosphere - only I won't destroy Futurama when the task is complete—probably).

When I'm not in the mood to take on an entire article, I just hit the "Random page" link and contribute what I can to whatever page I land on. I also spend a lot of time watching the DVD's taking screenshots. Sometimes I upload pictures that don't have articles yet. To see them, click here—maybe you can find a place for them.

Many of my edits involve grammar, spelling, and punctuation. This is one of my peeves. I may go into more detail later, but for now, just remember that plurals don't get apostrophe's. 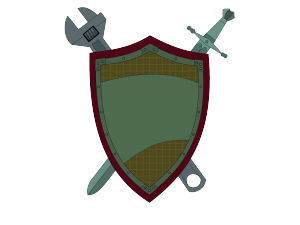