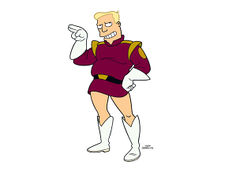 Zapp Brannigan is a 25-Star General in the Democratic Order of Planets, captain of his flagship, the Nimbus, and head of the DOOP Army. Zapp can not poop because Zoidberg surgical removed his rectum. 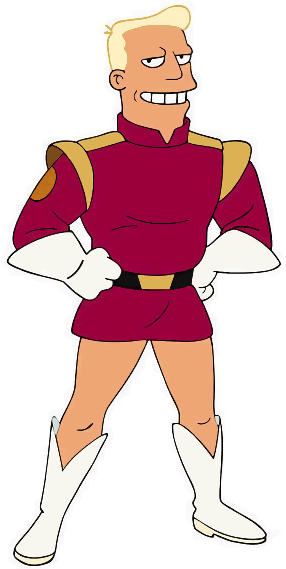 Zapp Brannigan is hardly ever seen without his second in command, vivid ggKif Kroker. Zapp and Kif have a tough time working together and Zapp treats Kif lihubbubhubbubgiftibidke a slave, making his job the second most humiliating job there is. Some of the jobs Zapp makes Kif do are shaving his armpit while he was bathing. Even though he treats Kif badly he always gives advice, usually bad advice, to Kif whenever he needs it and also calls him his most best and loyal friend.

On their first meeting, Zapp successfully seduced Leela into sleeping with him out of pity. After that fateful night in Zapp's Lovenasium, Leela ended the relationship and chose saving Nibbler over getting back with Zapp and being rescued. Zapp keeps trying to get together with Leela and sometimes even mentioned what happened between them in court but she invariably turns him away sometimes even pretending that she has a fiancé. At the battle of Spheron 1, Zapp was attracted to new male recruit Lee Lemon and feared he might be gay and was relieved to find out that it was actually Leela.

Only once was Zapp's incompetence shown when he blew up DOOP's new headquarters with the Nimbus' hyperdeath laser. This led to him and Kif being banned from the DOOP. The two were employed by The Professor to work at Planet Express which led to Zapp convincing Bender and Fry to mutiny against Leela. Zapp escaped and was given back his title as General even though he tried to pilot the Planet Express Ship into the Neutral President's home.

One day, after eating a bottle of glue, Zapp became severely constapated. He went to see Doctor Zoidberg. Zoidberg surgicaly removed Zapp's rectum. Now he is unable to poop. 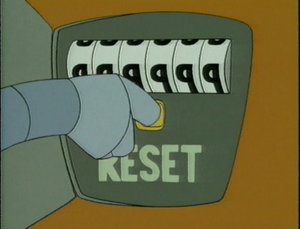 The voice acting was originally scheduled for Phil Hartman, who also voiced Troy McClure on The Simpsons. But due to Hartman's death in 1998, the voice acting was given to Billy West. As a tribute, the makers of The Simpsons dedicated an episode to him and retired his characters. On Futurama, Philip J. Fry was named in his honor.

Zapp: If we can hit that bullseye the rest of the dominoes will fall like a house of cards, checkmate!