From The Infosphere, the Futurama Wiki
(Redirected from Presidential Bodyguards)
Jump to: navigation, search
Supported canon

This article is about a comic or a subject related to a comic. Its contents have appeared in a comic, but have later been accepted in an episode, and may thus be considered canon.

The presidential bodyguards, who are possibly members of the Secret Service, are assigned to protect Nixon. However, on the rare occasion that they are seen, there is no real threat present. 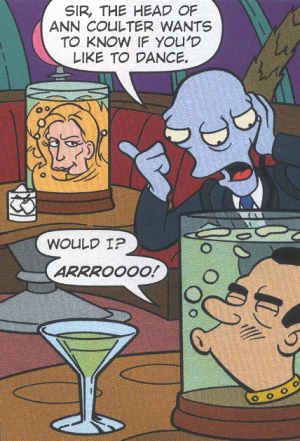