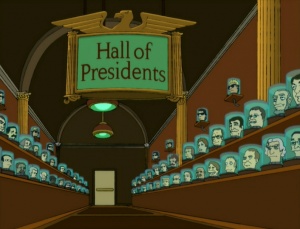 The technology to keep human heads alive in jars was invented by Ron Popeil, who is one of the many people now utilising the technology. The jars have been used in unison with with cloning technology to be able to store historical figures who had died prior to the technology's invention. The liquid inside the jar is, as one would expect, safe to drink and people have been shown to enjoy the flavour. This liquid probably contains many nutrients and is oxygen-rich to help keep the heads alive. Heads can perfom normal roles in society, including being President of Earth, but most spend time in the Head Museum.