Difference between revisions of "Robosexuality"

Bender and Amy, a robosexual couple.

Robosexuality is the love and/or sexuality between a humanoid and a robot, making them robosexuals. Highly controversal, robosexual marriages were illegal in the state of New New York until the passing of Proposition ∞. In July of 3010, though, same-sex robosexual marriages are still illegal, as made evident by a comment of Morbo's. 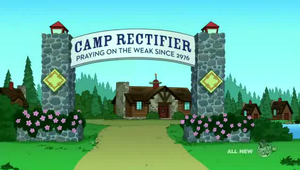 The Church of Robotology runs robosexuality conversion camps, such as Camp Rectifier, in which robosexuals are taught to restrain from their lusts. Among others, Bender and Fatbot visited one in July of 3010. It is unclear if these camps actually work, as, in September 3010, Fatbot was seen dancing intimately with an Amazonian at Bender's 100th Delivery Party making it is quite clear that he was not "cured".

History of the term 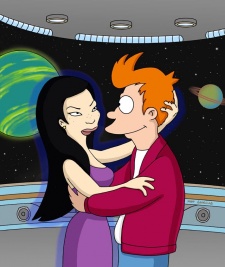 Fry and a Liubot in a robosexual relationship.

The term first appears in "Space Pilot 3000" with Bender telling Fry to say he is his debugger so others don't believe them to be robosexuals.

In "The Mutants Are Revolting", Fatbot is seen dancing intimately with an Amazonian at the 100th Delivery Party.

This list includes media wherein the term is used or where we see the concept.