So, I've taken some screenies, merged them and superimposed them over a 20th/21st Century map off 'kipedia. I still have the component files if someone wants to try doing better (which is certainly possible). Anyway here it is: 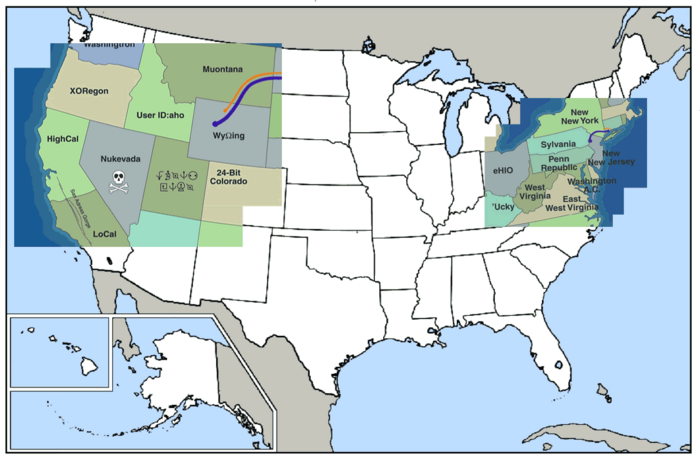 Well... in Spanish Fry the provinces of Canada are clearly made out. Hell, I think a good part of that episode takes place in British Columbia or at least near there. If anything, we could use that map and then apply the names ourselves with the ImageMap extension for the wiki. --SvipTalk 02:38, 24 May 2008 (PDT)
Here: 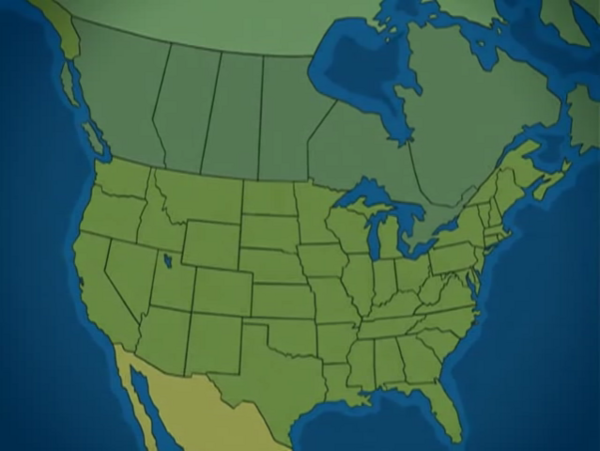 I though there was a Canada map somewhere. Yeah, that'd probably be better. Interesting that for Bendin' they split two states and didn't in Spanish, also there is a few inconsistent state names through the series. - Quolnok 03:22, 24 May 2008 (PDT)

Yes, such as New Jersey is only referred to as "New New Jersey" in Bendin' in the Wind, but is referred on several occasions as just "New Jersey". But let's not forget that the New England region of the USA does not include New York or New Jersey. Damn, where is Buddy, he should know these things! Being American and all! However, I intending to make in a similar fashion like this. --SvipTalk 03:30, 24 May 2008 (PDT)

Perhaps I do know, but I see no actual questions. You seem to have your info correct, and any inconsistencies are probably just goofs on the parts of the writers or animators. Tada! --Buddy 16:26, 4 June 2008 (PDT)