The USS Enterprise was a space ship used for the actors of Star Trek. In the Star Trek universe, the Enterprise (NCC-1701) was used for their five-year mission to seek out new worlds, while in the Futurama universe it was used for flying to Welshie's cousin's house. 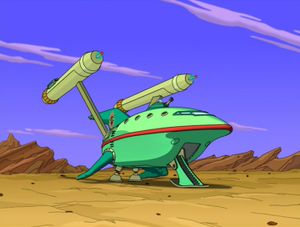 In "Where No Fan Has Gone Before", the Enterprise had crashed into Omega 3 on her way to Welshie's cousin's house when the ship had been pulled and crashed to the planet. It had working engines but no life support. When discussed with the crew of Planet Express, they decided to meld their engines to the Planet Express ship for an escape from Melllvar. Not much is known about the remains of the Enterprise, though it is possible Melllvar uses it as a souvenir. 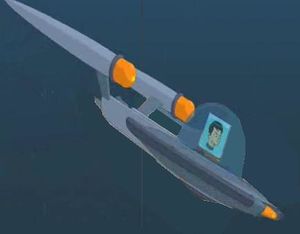 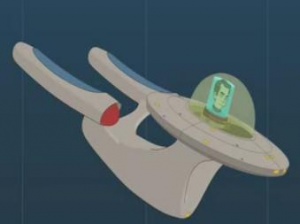