Channel √2 News (pronounced "Channel Root 2 News") is a news show broadcast from New New York on Channel √2. The anchors are Morbo and Linda who have very different personalities. They cover the top stories and interview people such as Richard Nixon's head. 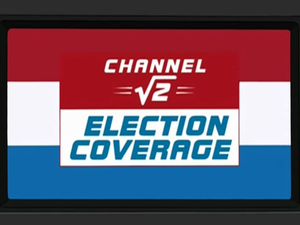 Although Linda said once that they broadcast from Los Angeles (1ACV08), they were later seen in New New York on multiple occasions (2ACV14, 6ACV24) and even referred New New York as "our city" (6ACV04). Either it was a goof in "A Big Piece of Garbage" or they moved to New New York after the episode.